We didn't get up too much again this weekend. I am still going to write about it but it will be a shirt one.

Saturday morning we had a couple of visits to do. We popped to Darren's parents and then to his aunties house. After this we were so hungry so decided to go out for lunch. We went to a nice country pub and sat outside as the weather was so nice and it was so hot. I had a nice glass of white wine and Darren had a cider. We both ordered the same food which was BBQ pulled pork and red onion baguette with chips. It was so yummy. We had never been to this pub before and I would go back as the food was really nice. 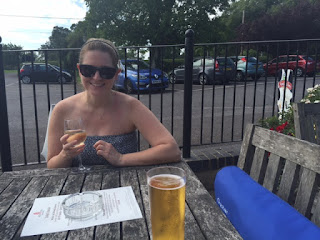 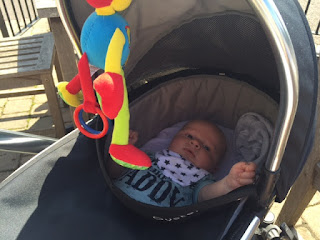 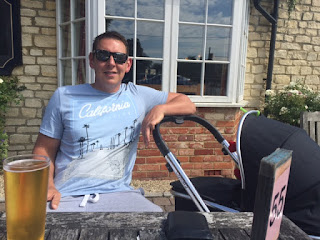 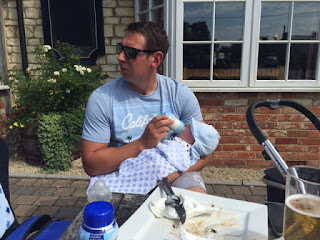 Trying to feed Sonny in the sun.


We then went home and watched a film and ordered a nice Indian takeaway. Then it was bath time and bed time.

Sunday we stayed in and chilled as it was pouring with rain and we had thunder storms. This was a definite duvet day and stay in day. I did pop out to Tesco to buy some roast dinner and baking ingredients. When I got home I baked a loaf fruit cake and it turned out amazing so I am going to write a blog post about this recipe, so look out for that one. Obviously we had to try the cake so we had tea and cake in the afternoon. 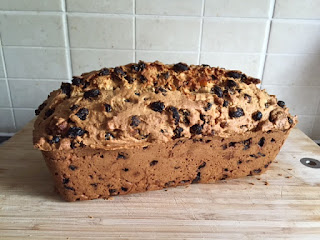 We watched (boring) sport all day and chilled while I made a roast pork dinner. I am loving my roast dinners on a Sunday at the moment. 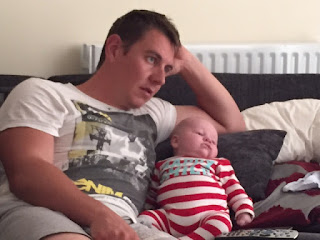 Darren and Sonny watching the football <3


That was our weekend.
Next weekend we are have so much more planned and its an extended weekend because we have bank holiday Monday.

Hope you all had a great weekend too.

Thanks for reading
Bexmorts
xx
Posted by Unknown at 12:38 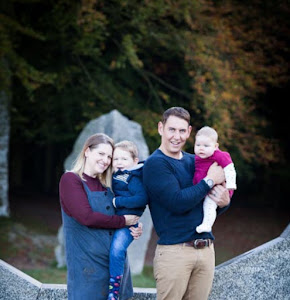